Founded in 2011 by Mark Pacitti, an ex-pat Scot of Italian descent, Dancing With The Black Dog started off as a fledgling blog where Mark openly shared his experiences of how he suffered from and ultimately beat anxiety and depression.

In 2015, Dancing With The Black Dog began to focus on raising awareness of our black dog logo. It is a symbol that people can wear or display every day to visually convey to anyone they encounter that "it's ok to say if you don't feel ok"

Our black dog logo has grown in popularity and awareness mainly in Australia and the UK, as well as being endorsed by a number of public figures and celebrities from around the world.

Our registered fundraiser details can be found here.

Mark Pacitti was born in Glasgow, Scotland in 1970 and has been living in Melbourne, Australia since 1998. Mark has been happily married to his wife Tessa since 2002, and they have two young sons Jack and Freddie. 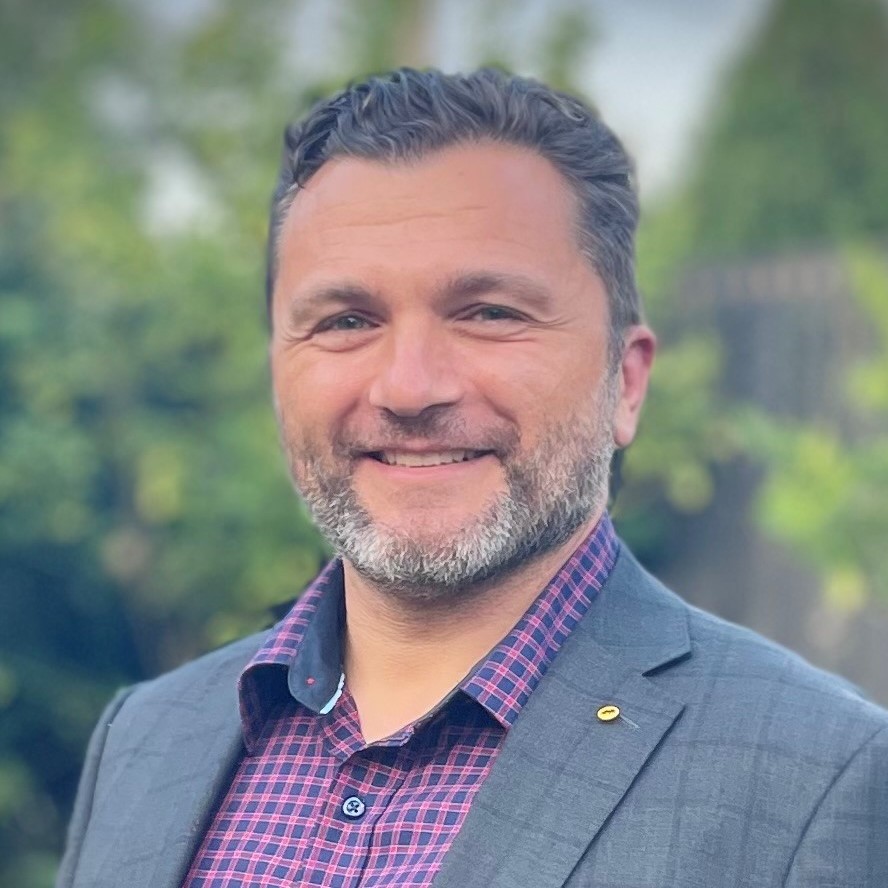 Mark has been writing in his spare time for over 25 years. Prior to starting Dancing With The Black Dog, he has had over fifty articles on a wide range of topics published in a variety of newspapers and magazines, including The Age (Melbourne), The Herald Sun (Melbourne), The Sydney Morning Herald, MIS Magazine, Marketing Magazine and Living Now Magazine.

In all his writing work, Mark aims to use light-hearted everyday language to convey often hard to understand or misunderstood topics in such a way that anyone can understand and enjoy - naturally this means he has to try to understand the topic himself in the first place. As a perfect example, Mark has been working in IT for nearly 20 years in both technical and managerial roles. One of his most memorable occasions was when he wrote an article on the importance of organisations having a good offsite data backup strategy, which was published in the IT section of The Age. As he was walking out to get his lunch that day, the young receptionist at his work said she had enjoyed reading his article – and now she understood why he and his colleagues left boxes of tapes at the reception desk that a man came in to collect every day.

But all jokes aside, there was also a dark side, an inner demon. In July 2010, after years of being an obsessive irrational worrier, years of suffering ever-increasing levels of anxiety and depression, Mark hit rock bottom. His worries became more and more irrational, lasting longer and longer, and he found himself going around in a near permanent state of fear despair, with a permanent knot in his stomach.

Finding himself literally teetering nervously on the edge of a breakdown and feeling utterly useless, Mark decided enough was enough. Spurred on by thoughts of his young family, he picked himself up, he took action, he sought professional help, and made a slow but full recovery over a period of several months. Once fully recovered, Mark realised he had been putting on a convincingly cheery face to the world for so many years, and reasoned that there must be so many others in the world suffering in silence. And so in 2011 he began writing a very open and honest account of his experiences, which he called Dancing With The Black Dog.